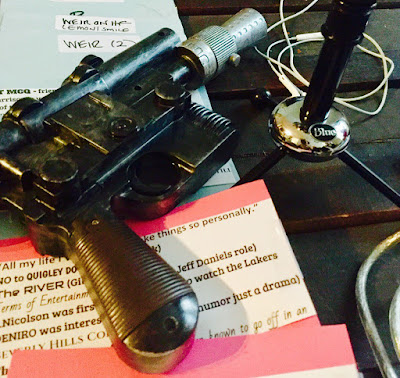 (We apology for few sound issues this episode.)Rachel and Lauren welcome special guest Emma De Matteo, River Phoenix "historian" (@jokesonemma), to chat about Harrison Ford's 1986 film The Mosquito Coast, directed by Peter Weir. Topics include the late great River Phoenix's relationship with Harrison Ford, a glimpse into a few roles Harrison turned down at the time and whether a character study still be interesting if the character is unlikeable. The ladies then end the podcast with exclusive info direct from Budapest where Harrison is filming Blade Runner 2049 (aka Blade Runner 2)... and the return of #Beardwatch. Correction: Keith Carradine (Madam Secretary) is Martha's father but his brother Robert Carradine was in Revenge Of The Nerds.