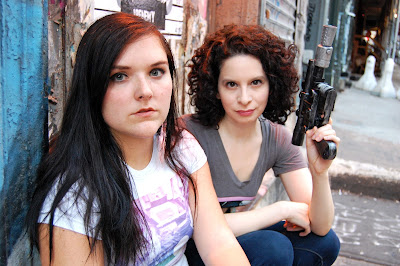 
Rachel and Lauren hit 1983 and the end of the Star Wars Original trilogy saga with Return Of the Jedi. The ladies talk Ewoks, changes from drafts to shooting script, and the origins of Leia the Huttslayer. Also, personal stories on Jedi, attempts at UK accents, attempts at the American language, and lovely Warwick Davis stories. Plus, a focus on the evolution/devolution of Leia Organa's character and how success can sometimes throw a wrench in the artistic process. BEWARE: Spoilers for Force Awakens included.

Email ideas and feedback to thefordcastpodcast@gmail.com & if you love the show take a moment to review us on iTunes so others can find it (add a nickname under your profile)!

The Making of Star Wars: Return of the Jedi by J.W. Rinzler
Origins of "Huttslayer" title
Revenge Of The Jedi Draft 6/12/1981
Buy BloodLine (by Claudia Gray)
Warwick Davis (website)
Life Is Short (TV Series)
VIDEO: How To say Gervais
VIDEO: Peter Mayhew talking as himself as Chewbacca (ESB)
VIDEO: David Prowse talking as himself as Darth Vader (ANH)
(Note: David Prowse is from Bristol, England, U.K, not Scotland, as the video says
Which makes sense why Rache's Brother thought he was Scottish)
Also note: Lauren spoke out of turn - it's Darth Farmer, not Vader Farmer... she was speaking off the cuff)
Posted by TheFordcastpodcast at 12:00 AM