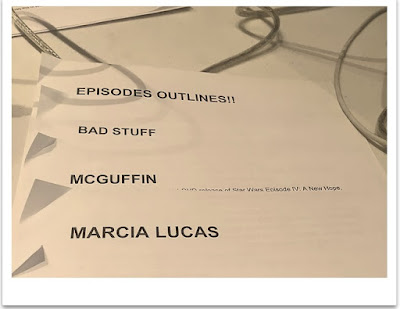 Lauren & Rachel talk about Stars Wars: Episode IV - A New Hope (1977) on Episode 4 of the podcast and how Harrison, after two years of carpentry, without an acting gig, landed his first lead in a film. In between Rachel's attempts to recall the plot of Star Wars, the ladies discuss Han Solo New Hope/The Force Awakens parallels, Han Solo's original inspiration, and whether this franchise will have closure before we all die. Who shot first? Who cares!? (Or should we care?) Spoilers for TFA - so beware! Plus a contest announcement! This is the podcast episode you’ve been waiting for! Cue music!

Produced by Marika Brownlee   Please review us on iTunes so other people can enjoy the magic!